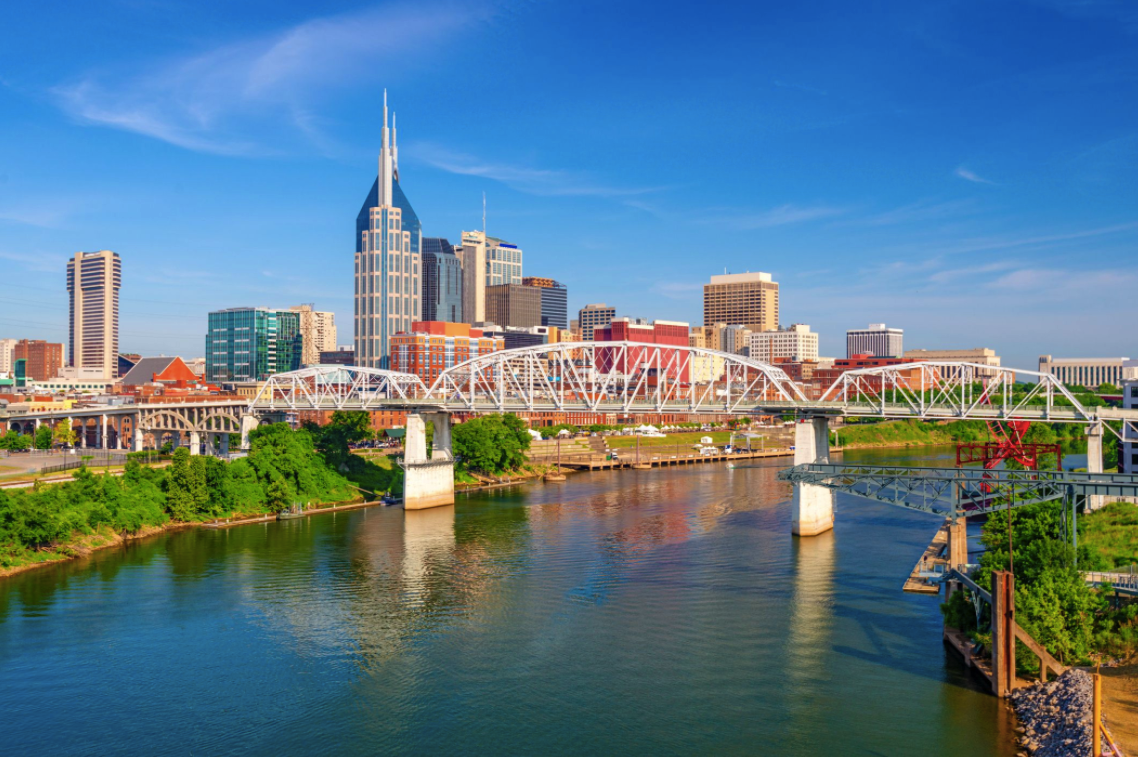 Does it Snow in Tennessee?

Tennessee, also known as the Volunteer State, is a state in the southeastern region of the United States. It covers an area of 106 846 square kilometers and is ranked as the 36th largest state in the country. It is famous for its accessibility (it is sandwiched between 8 states) and for being home to the majestic Smoky Mountains. Tennessee’s highest point is the Clingmans Dome at 6,443 feet (2,025 meters), while its lowest point is the Mississippi River at 178 feet (54 meters) above sea level. But does it snow in Tennessee?

Thanks to its proximity to the Gulf of Mexico, most parts of Tennessee experience a humid subtropical climate featuring mild, wet winters and warm summers. The high elevation regions such as the Appalachians are an exception as it experiences a cool mountain climate. Just like in most southern states, it does snow in Tennessee during some winter months. Important to note, however, is that the snow isn’t much and doesn’t even fall in significant parts of the state other than the high elevation northeastern regions.

When does it snow in Tennessee?

As earlier stated, Tennessee winters are generally mild except in the mountainous regions of the east, where temperatures tend to drop below freezing point. Though not your typical winter as it is rarely accompanied by snow, Tennessee lasts from November through to February. It has been generally established that January and February are the two months most likely to have snow.  If snow does fall, it can accumulate up to 4 inches (102 millimeters) in January and a slightly lower figure of 2 inches (51 millimeters) in February.

December is another cold month in Tennessee.  A drop in daily average temperature is recorded. Generally, temperatures fluctuate between highs of 49 degrees Fahrenheit (9.4 degrees Celsius) and lows of 33 degrees Fahrenheit (1 degree Celsius). With the drop in temperatures, snow flurries start falling in different parts of the state. On average, snow falls for three snowfall days and accumulates to a depth of 1 inch (25.4 millimeters) for the month.

February is ideally the last month of winter in Tennessee. Daily temperatures rise and range between highs of 52 degrees Fahrenheit (11 degrees Celsius) and lows of 33 degrees Fahrenheit (1 degree Celsius). Just like in January, temperatures occasionally breach the zero mark, thus resulting in snowfall. Nashville records 4.1 snowfall days and a snow depth of 0.71 inches (18mm) of snow in February.

Where does it snow in Tennessee?

Nashville is the capital city and the most populous city in Tennessee. The city sits at an elevation of 597 feet (182 meters) and is home to 0.7 million people. Snowfall in Nashville is recorded as early as November and lasts through April. On average, Nashville witness’s snowfall for 14.6 days throughout the year, and the snow aggregates up to a depth of 2.99 inches (76 millimeters).

Memphis is a city sprawled across the banks of the Mississippi River. It is the 2nd most populous city in Tennessee and has a general elevation of 337 feet (103 meters) above sea level.  January is the coldest month in Memphis, with a low temperature of 30 degrees Fahrenheit (-1 degree Celsius) being recorded. Throughout the year, Memphis accumulates 4 inches (102 millimeters) of snow.

Knoxville is the 3rd largest city in Tennessee. The city records its lowest temperatures in January when average temperatures fall as low as 28 degrees Fahrenheit (-2.2 degrees Celsius). Knoxville collects up to 6 inches (152 millimeters) of snow every winter season.

Bristol is undoubtedly one of the snowiest cities in Tennessee. Thanks to its high elevation, the city experiences a cool subtropical climate that boasts of cooler temperatures in summer. Bristol receives about 13 inches (330 millimeters) of snow annually, with a considerable proportion of this falling in January.

Mountain city, a town located in Johnson County, leads Tennessee in the amount of snowfall recorded. Sitting at an elevation of 2418 feet (737 meters), this town experiences a subtropical highland climate with snowy winters. December is the coldest month in Mountain city, with temperatures ranging from highs of 28.4 degrees Fahrenheit (-2 degrees Celsius) and lows of 15.6 degrees Fahrenheit ( -9.1 degrees Celsius). Mountain City receives about 13.5 inches (343mm) of snow annually, earning it the top spot among snowy cities and towns in Tennessee.

Ober Gatlinburg is the only ski resort in Tennessee. It is located on the Great Smoky Mountain near Gatlinburg, a town one hour drive southeast of Knoxville. This resort’s mountainous terrain and scenery will give you value for your money if you decide to take a winter trip to Tennessee.

Ober Gatlinburg is a haven for all winter sport and snow enthusiasts. The resort offers various activities, including skiing, snowboarding, snow tubing, and ice skating.  Whether you are a skiing novice or master, Ober Gatlinburg will not disappoint you as it has a 6.2 km of skiable slope divided into different difficulty levels. The ski resort is equipped with four ski lifts that transport guests up to the resort’s summit and leaves them to explore the snowy slopes.