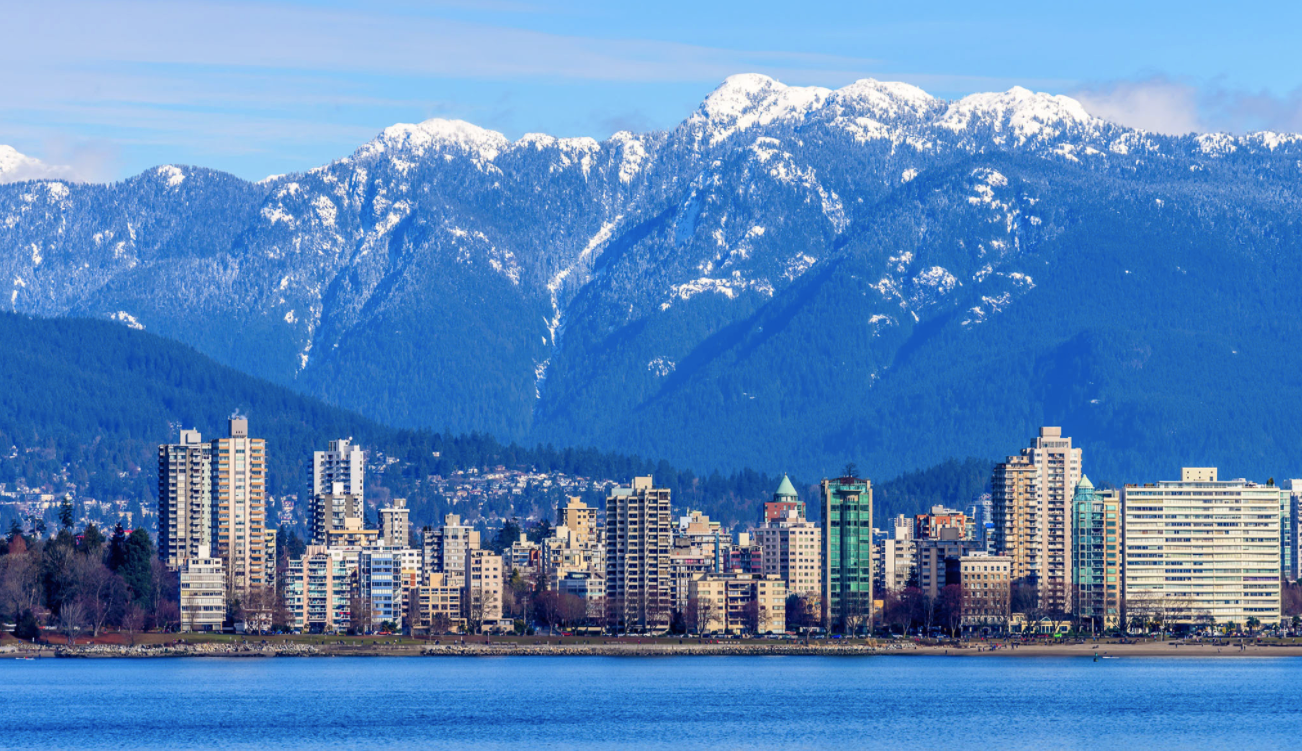 Does it Snow in Vancouver?

Vancouver is the largest city in the Canadian province of British Columbia. It covers an area of 114.97 square kilometres has a population of 631,486, making it the most densely populated city in Canada. Vancouver is known for being one of the most ethnically and linguistically diverse cities in the world.  The city consistently ranks among the top 5 livable cities worldwide and is the most expensive Canadian city to live in. But does it snow in Vancouver?

Vancouver experiences a moderate oceanic climate that borders a warm-summer Mediterranean climate. The city has the warmest large city in Canada in winter and the coolest in winter. On average, summers in the city are cool and relatively sunny, while winters are mild and rainy.  Despite the city not having a freezing winter season, it still records significant snowfall.

When does it snow in Vancouver?

Snowfall is a common feature in Vancouver in winter which lasts from December to February. During some years, the city can see snowfall as early as October, while in others, it can record snow even in April. On average, Vancouver records an annual snow accumulation of 15 inches (380 millimetres) after 11 snowfall days.

December is the first month of winter weather in Vancouver. Despite temperatures in the city being colder than those recorded in November, they rarely fall below freezing point. The average temperatures recorded in the city in December range from highs of 40.5 degrees Fahrenheit (4.7 degrees Celsius) to lows of 35.4 degrees Fahrenheit (1.9 degrees Celsius). It snows in Vancouver for two days in December, and the snow accumulates to a depth of 1.61 inches (41 millimetres).

January is another cold month in Vancouver. Average temperatures in the city are slightly higher than those recorded in December and fluctuate from highs of 41.5 degrees Fahrenheit (5.3 degrees Celsius) to lows of 36.1 degrees Fahrenheit (2.3 degrees Celsius). Snow falls in Vancouver for an average of 1.8 days in January and accumulates to a depth of 2.05 inches (52 millimetres).

March, the first month of spring in Vancouver, is another snowy month in the city. Temperatures are warmer than those experienced in winter and fluctuate between highs of 45.7 degrees Fahrenheit (7.6 degrees Celsius) to lows of 38.8 degrees Fahrenheit (3.8 degrees Celsius). It snows in Vancouver for 1.6 days in March, and the city records a snow accumulation of 0.98 inches (25 millimetres).

Where does it snow in Vancouver?

Snow falls in all parts of Vancouver in winter, but the snowfall varies throughout the city’s metropolitan area. Generally, northern Vancouver receives more snowfall than downtown Vancouver and Richmond.

Vancouver is a famous winter destination for skiers and snowboarders craving to hit the slopes despite its mild year-round climate. The city features vibrant skiing scenery and even hosted ski and snowboard events during the 2010 Winter Olympic Games.

Some of the ski resorts worth checking out while in Vancouver include:

Cypress Mountain Ski Resort is the largest ski resort in Vancouver. It is located at the southern section of Cypress Provincial Park in West Vancouver, about 30 minutes north of downtown Vancouver. The resort is spread over 600 acres of skiable terrain and has 53 runs for skiing and snowboarding. On average, the resort records an annual snow accumulation of 245 inches (6.22 metres).

Whistler Blackcomb Ski Resort is located in Whistler, about 120 kilometres or an hour-and-half-drive from Vancouver. It is the most famous ski resort near Vancouver and the largest ski resort in North America.  The resort is spread across two peaks, Whistler Mountain and Blackcomb Mountain, and has 8,171 acres of skiable terrain. It also has 200 runs that cater to all skiing difficulty levels and receives an annual snowfall of 467 inches (11.9 metres).