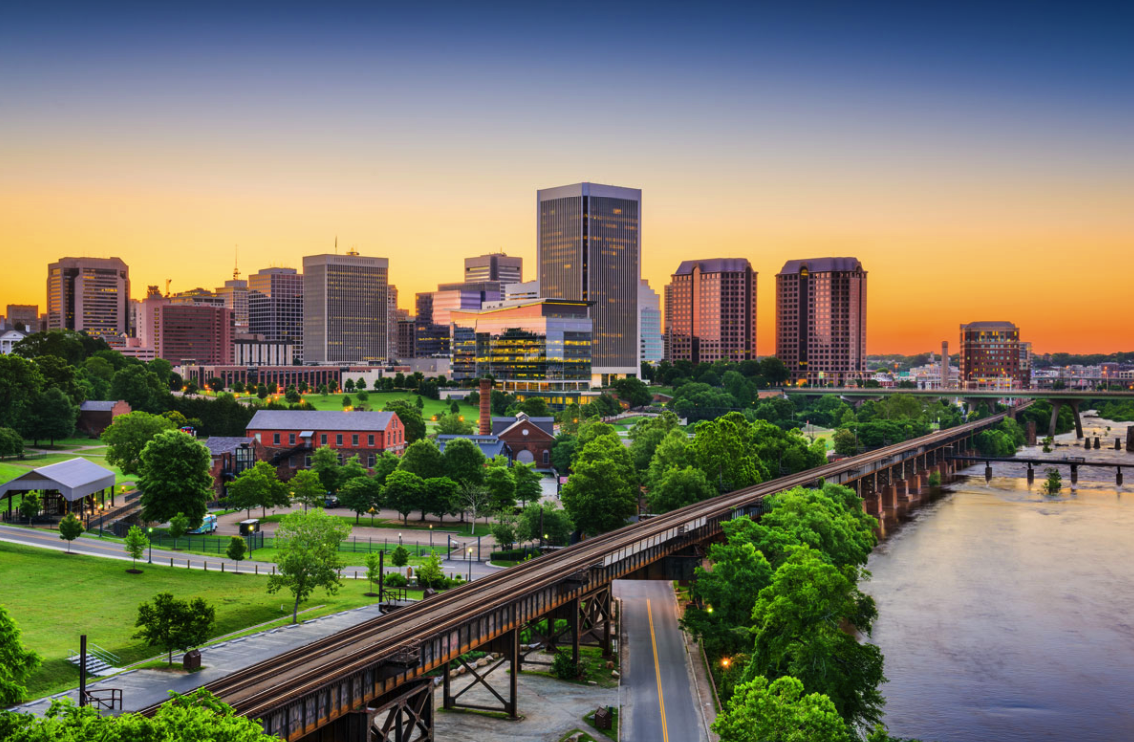 Does it Snow in Virginia?

Virginia is a constituent state of the United States of America sandwiched between the Appalachian Mountains and the Atlantic Ocean.  The state covers a total area of 110,787 square kilometers and traverses through a terrain defined by the high regions of the Blue Ridge Mountains to the lowlands of Chesapeake Bay. Virginia has an average elevation of 950 feet (290 meters) above sea level. The highest point is Mount Rogers at 5729 feet (1746 meters), while the lowest is the Atlantic Ocean at 0 feet above sea level. So, does it snow in Virginia?

Virginia has a humid subtropical climate where winters are cold and snowy. It snows heavily in the mountain areas of Virginia, and places such as the Appalachian Mountains can record up to 36.6 inches (929.64 millimeters) of snow in a typical winter.

When Does It Snow in Virginia?

Winter falls between the months of November and February in Virginia. The winters are pretty cold, and temperatures may drop to lows of 18 degrees Fahrenheit (-10 degrees Celsius), especially when intense cold waves strike Virginia. With such low temperatures, snow becomes a common occurrence in the state during this time.

Snow falls for 0.8 days, and the state accumulates up to 0.2 inches (5 millimeters) of snow.

In December, Bluemont experiences snowfall for 3.8 days and collects up to 2.68 inches (68 millimeters) of snow.

Residents of Richmond get to enjoy snowfall for 3.3 days in January, which can accumulate up to depths of 2.05 inches (52 millimeters), while Bluemont records the most snowfall with 6.8 days and an accumulation of 4.17 inches (106 millimeters).

Where does it Snow in Virginia?

Snow mainly falls on the western side of Virginia. Places near the Appalachian Mountains receive the most snow in Virginia.

Here is a look into some of the snowiest places in Virginia.

Richmond is the capital city of Virginia. It has an elevation of 166.45 feet (45.7 meters (above sea level) and covers 162.05 square kilometers. The city experiences a humid subtropical climate where winters are mildly cold snowy. January is the coldest month in Richmond, with temperatures hitting lows of 27.6 degrees Fahrenheit (-2.44 degrees Celsius). Snowfall is common during the month, and the snow lasts for about two days on the ground.

Richmond receives an annual snowfall of 7.2 inches (183 millimeters) snow, with the highest proportion falling in January.

Bluemont sees snow for an average of 21.9 snowfall days and records an accumulation of up to 31.1 inches (790 millimeters) of snow throughout the year.

Norfolk is the third-most populous city in Virginia, with a population of about 260,000 people. It sits at an elevation of 2.13 meters above sea level and spans an area of 249.68 square kilometers.

Skiing is a common and popular winter activity in Virginia. There are about four ski resorts in Virginia: Wintergreen Resort, Bryce, Homestead, and Massanutten. These resorts are located on the Blue Ridge and Allegheny mountains.

This is the largest ski resort in Virginia, situated between elevations of 766 and 1071 meters above sea level on the Blue Ridge Mountain. The ski resort has 10 kilometers of slope available for skiing and snowboarding. It is served by five ski lifts to ferry guests.

Massanutten is a ski resort located in Virginia between elevations of 533 and 871 meters above sea level. It mainly caters to beginner and intermediate level skiing and snowboarding and has 8 kilometers available for such activities.  The ski resort has six ski lifts that transport guests.

Bryce ski resort is located between the elevations of 380 and 533 meters above sea level. It has 5 kilometers of slope available for skiing and snowboarding. The skiing area is served by two ski lifts to transport guests, and the ski resort is operational throughout the year.